Manushi Chillar is also Miss Haryana.
What was a much-awaited prestige for many, has finally found its suitable bearer.Yes, the new face of India has been chosen--Miss Haryana Manushi Chhillar has been declared Miss India 2017. Days of hard work and dedication of 30 aspirants of the coveted title, culminated in the grand finale, held on the night of June 25, at Yash Raj Film Studio, Mumbai.
At the judges' panel were seated some of the leading faces of the fashion and Bollywood fraternity. Those given the task of choosing the winner included Arjun Rampal, Manish Malhotra, Illeana D' Cruz, Bipasha Basu, Abhishek Kapoor, Vidyut Jammwal and Miss World 2016 Stephanie Del Valle.

Besides walking the ramp for fashion designers, each of the contestants had to go through rounds of screening, before the winner was chosen. Contestants had to voice their opinion on various social issues and awareness.

Shefali Sood, Sana Dua, Priyanka Kumari, Manushi Chillar, Anukriti Gusain and Aishwarya Devan were chosen as top finalists of the contest. And the finalists were asked one question--the lesson that they would take back after spending a month with 30 contestants. 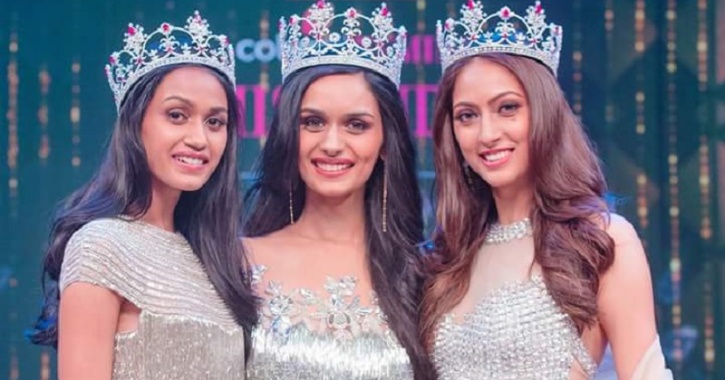 To that, our winner for this year, Manushi replied, "Throughout the journey I had a vision and with this came a belief, I can change the world.''

The event was hosted by Karan Johar and Ritesh Deshmukh.