Several consumer groups had raised complaints after some airlines refused to refund the tickets, offering them options to reschedule instead. 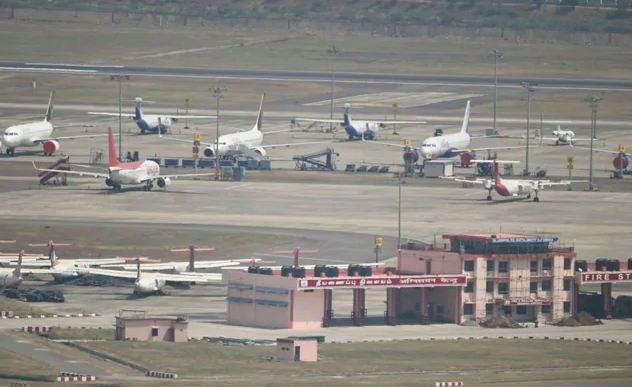 New Delhi: Airlines will have to refund tickets booked during the COVID-19 lockdown within three weeks without cancellation fees if a customer requests for it, the Directorate General of Civil Aviation (DGCA) said on Thursday.
The directive will apply to all domestic and international tickets booked during the first phase of the nationwide lockdown, that began on March 25 and was extended till May 3 on April 14, for travel between the entire period.

Several consumer groups had raised complaints after most private airlines refused to refund the tickets, offering them options to reschedule instead.


All domestic and international flights were suspended amid the coronavirus pandemic. 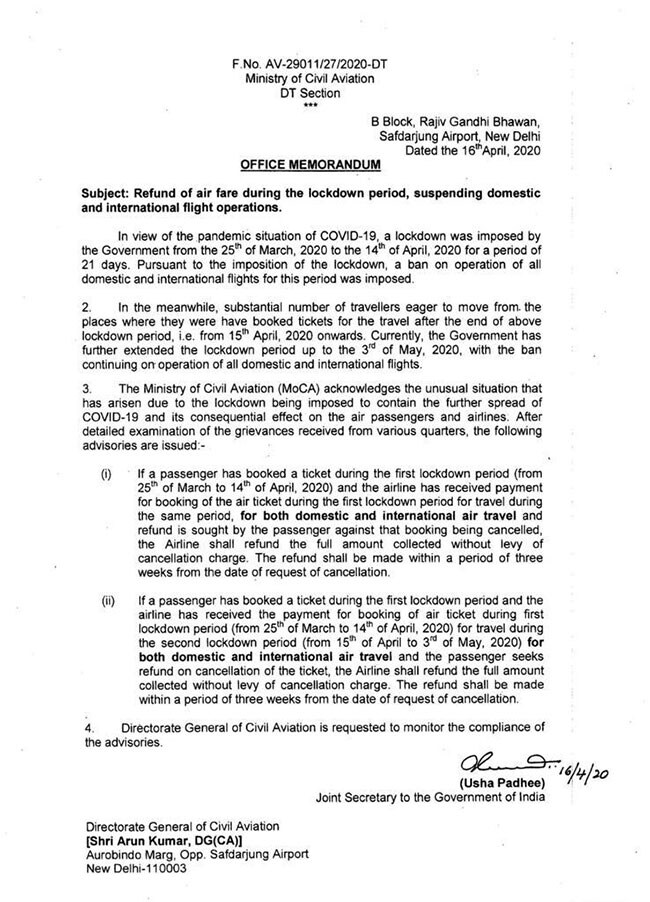 India had banned all international flights from March 22 and domestic ones from March 25 to check the spread of coronavirus in the country.

However, most airlines except national carrier Air India continued to take bookings for domestic flights for the period beyond the first phase of the lockdown on April 14.

After the lockdown was extended till next month, the DGCA issued a circular saying all international as well as domestic flights will remain suspended till May 3.


Private airlines, however, said they will not refund the tickets already booked and will offer free rescheduling but will charge customers for the fare difference, if any, at the time of re-booking.

The move triggered anger among customers who said it was unfair to those who have purchased a service that the airlines cannot deliver, albeit through no fault of their own.

The DGCA's new order will spell more trouble for airlines that have been pummelled by the worst crisis in history following the coronavirus pandemic.

With no signs of a government financial assistance plan yet, the coronavirus crisis has pushed the country's grounded aviation sector perilously close to bankruptcy.

Experts say there is still no clarity if a few of these airlines will even survive the next few months without a massive government bailout of the sector.

Budget carriers IndiGo, GoAir and SpiceJet have already announced steep across-the-board salary cuts. GoAir, which has begun terminating the contracts of its expat pilots, has also asked its staff to go on temporary leave without pay on a rotational basis.